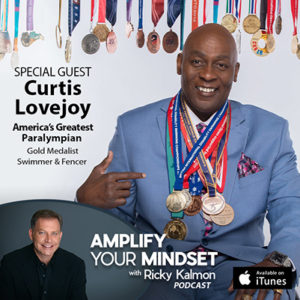 Curtis Lovejoy is a world-class “Elite” athlete in both swimming and fencing who knows no boundaries. His athletic achievement in both sports is extraordinary and has been recognized and honored through numerous awards, certificates, medals and is known as an “Icon throughout the world. Curtis was paralyzed from the neck down at age 29 after a car accident. During rehabilitation, he overcame his fear of swimming and began swimming every day. He started breaking records only a year and a half later. Following the discovery of his passion for swimming, Lovejoy has found that being in the water is one of the places he feels most at comfortable and at peace. This five-time Paralympian knows a thing or two about racing, and stopping doesn’t seem to be in his future.